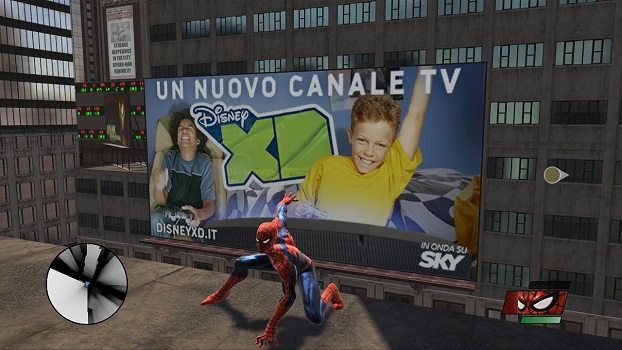 The Three Types of In-Game Advertising

With an estimated 30 million gamers in the UK, video games provide an effective and creative advertising channel to reach consumers.

Did you know that you can actually run a real-time advertising campaign inside of video games, just like any other digital channel, using nothing more than standard IAB creatives?

Let’s take a look at the three types of in-game advertising below.

The newest, and by far the most popular type of in-game advertising, DIGA allows media buyers to purchase real-time and geo-targeting capable advertising inside of video games. The adverts appear inside a 3D game environment, on virtual objects such as billboards, posters, and bus stops – all of which are objects that you’d expect to see in a realistic sports or urban environment video game.

Ad networks are able to deliver dynamic in-game ads in real-time using an ad server, in the same way that banner ads are served on websites and blogs. The technology even allows the ads to be placed in games that have already been released; allowing game publishers to earn an additional recurring revenue stream.

One of the benefits of DIGA is the ease of planning and launching a campaign. DIGA allows brands and media buyers to run time-sensitive promotions, on a convenient CPM price model. An advertiser only has to supply standard IAB creatives, and the ads get integrated into blockbuster video game titles on console, PC, and mobile platforms.

For brands and media buyers looking to reach a global audience, static would be fantastic channel to pursue because it lacks geo-targeting abilities. It wouldn’t be ideal however for brands looking to promote a time sensitive campaign, as static in-game ads remain in a video game for its entire life cycle (typically three years).

A portmanteau of the words “advertising” and “gaming”, advergames go well beyond just in-game advertising. In short, it’s a custom build video game with a sole purpose of promoting a brand or product. Advergames can be played on just about platform, and range from a fully functional 3D game to a simple browser based mini-game. Typically, an advergame’s storyline, gameplay, and environment will heavily promote the commissioning brand or product.

One of the main benefits of an advergame, is the ability for a brand to build a fun and positive connection with consumers. Similarly with static in-game advertising, advergames are best suited for brands and media buyers looking to drive awareness on a global scale. Costs, development time, and a lack of targeting abilities provide obstacles for most companies pursuing advergames as a channel.

In summary, video games are a must-have advertising channel if your brand or client is looking to drive awareness and connect with consumers in a new and exciting way.