The campaign geo-targeted Singapore, and ran across various games on Console, Steam, and PC platforms. The ads were delivered in real-time, and could be found on billboards and posters situated throughout the virtual 3D game environments. 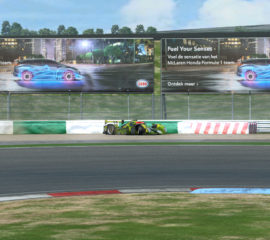